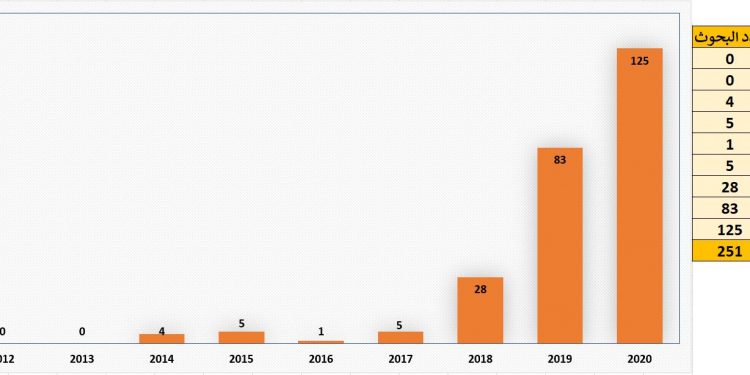 Thus, the University of Samarra jumping to the first quarter locally within the ranking of Iraqi universities according to the scientific research published in Scopas containers after obtaining 26th place out of a total of 75 universities included in the containers data out of the total number of 131 governmental and private universities.
This is represented by 251 papers, with a clear increase.

It is noteworthy that the total number of papers that were calculated for the university before 2019 did not exceed 43 publications only over the seven years following the establishment of the university according to the following data:

After the new administration headed by Prof. Dr. Sabah Allawi took over and established the Academic Documentation Unit, which laid down plans for the actual advancement of scientific research, the university found itself in the field of serious competition, and the results were as follows:

The percentage for the last two years was equivalent to 80% of the total scientific publications since the university was founded in 2012.

On the occasion of the holy month of Ramadan, The University of Samarra announces the holding of a weekly competition

The College of Administration and Economics begins conducting in-person examinations