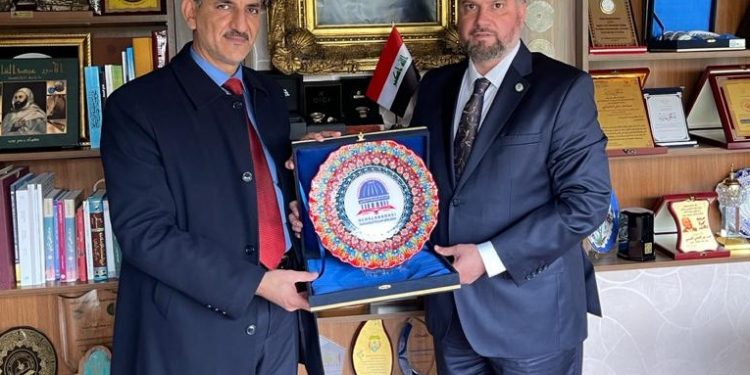 At its headquarters in Istanbul, the International Union of Universities hosted the President of the University of Samarra, Prof. Dr. Sabah Allawi Al-Samarrai. After a meeting characterized by hospitality and appreciation, the President of the Union, Prof. Dr. Muhammad Khair al-Ghabani, honored Prof. Dr. Sabah Allawi with the Union’s shield as an expression of the Union’s great efforts in raising the level of Samarra University and his apparent effort in opening up the university to Arab and international universities.
Dr. Al-Ghabani expressed his happiness at the prominent role of the University of Samarra in recent years as it advanced in many classifications and registered its name as a university that has a prominent position in the academic community.
The President of Samarra University was invited to present a workshop to explain the means that would rank the universities, especially the Arab ones.